Reaching for Heaven on Netflix

'I don't feel at home in this world anymore' 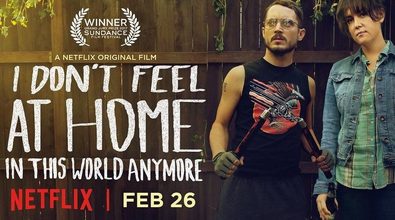 I am always late to pop cultural happenings. The movie I don’t feel at home in this world anymore won the Sundance Film Festival’s U.S. Grand Dramatic Jury Prize in January 2017, but I discovered and saw it only the other night, in some obscure basement at Netflix.

Looking up the movie reviews,  I was astonished that not one - from the Atlantic to Rolling Stone, all the way down the reviewer food chain -  not one even mentions the explicit theme of religious – specifically Christian - quest and transcendence that runs through this rather violent ‘neo-noir’ comedy thriller. That message was obvious even to a vaguely non-religious type like me, from a religious background about as far from Christianity as you can get.

It is not as if the movie’s writer and director, the splendidly Southern-named Macon Blair, has tried to hide the religious argument.  The very title is from the old country Gospel hymn, This world is not my home, which is on the soundtrack in the closing sequence of the movie:

This world is not my home

I’m just a passing through

My treasures are laid up

Somewhere beyond the blue.

The angels beckon me from heaven’s door,

And I can’t feel at home in this world anymore.

The metaphysical arc of I don't feel at home in this world anymore is a movement or tension within the heart of its heroine, Ruth Kimke (Melanie Lynskey), between a gloomy, angry home in the realities of the material world, towards attachments more satisfyingly transcendental or heavenly.

Ruth is a young nursing assistant.  She lives in a ‘decent’ if rundown mixed race, lower-middle or working-class suburb, a place not too distant from the geographical borderline with full-on urban squalor. She is lonely, on anti-depressants and bit too much of a solitary drinker.

One day “thieves break through and steal” Ruth’s treasures – her grandmother’s silverware, her laptop and some meds. Distraught, she stays over with a neighbor. She reads to her neighbor’s little girl at bedtime from a children’s science book, which sets up the scientific materialist view of existence. With each succeeding sentence that she reads Ruth breaks further into tears:

Human bodies are made of dust and gases from inside of stars. The universe is 14 billion years. No one knows what came before. No one knows how big the universe actually is. It could be infinite.

– a reaction, no doubt, to the stress of the robbery, but also to the bleakness of this prospect, the waste of dust and gases from which her being is apparently formed.

An old woman has died at the hospital where Ruth works:

But it doesn’t matter. They’ll roll her out and she’ll become smoke. Just carbon. And pretty soon, I’ll just be carbon. So none of it matters. So what, so what? It’s just a sneeze. It’s just, uh, chemistry and math and uh so what?

Unsurprisingly perhaps, Ruth melds her moral nihilism with its apparent contrary, an excessive moralism, rage, hatred, intolerance, and disgust for humanity at large:

Everyone is an asshole? Really? In the traditional scheme of the Seven Deadly Sins, Ruth is giving way to Wrath and spiritual Pride, the latter the worst and the father of all sins. As C.S. Lewis put it, pride stops you looking up, because you’re always looking down on people and things.

On the soundtrack The Texas Sapphires sing  Bring out the Bible:

In spite of it all.

Frustrated by a hapless police investigation of the robbery, Ruth sets out to reclaim her earthly treasures.  This quest escalates the narrative action of the movie through a series of violent clashes, with sketchy neighborhood millennials, a dealer in stolen goods and, finally, real evildoers, the robbers, a trio of incompetent but murderous meth heads.

But this is not just a vengeful vigilante hunt on Ruth’s part, though it is that. It is also a chivalric quest, for there is a brave, virtuous Christian Knight to help and protect the lady whose heart he seeks.  Tony (Elijah Wood) is another lonely neighborhood oddball, a martial arts enthusiast, armed not with lance and shining armor but with nunchakus and a ninja throwing star, a believer and a churchgoer.

On the eve of their first battle, before they invade the house with Ruth’s laptop, Tony prays to God for help, as a good knight should:

“Our Father who art in heaven … Grant me the strength in the heat of battle and protect me. Amen.”

“Were you praying?” asks a bemused Ruth.

In their second battle the pair liberate Ruth’s silverware from a stolen goods merchant.  If this had been a quest only to recover Ruth’s earthly treasures, the movie could have ended here.  But it's always been about more.

Nursing a broken finger and doped up on painkillers, Ruth falls back into nihilism, which is now challenged by Tony:

What are we doing? Here, the world?

Tony: Trying to be good. Or be better.

What about me, am I good?

I don’t want to die …It’s just going to be black.

Rather than persist in fruitless argument Tony brings Ruth to an afternoon service at his church.

“One may say truly, I think, that personal religious experience has its root and centre in mystical states of consciousness,” says William James in Varieties of Religious Experience.

And mystical states of consciousness are what Ruth experiences, still high on painkillers, as slanting rays of late afternoon sunlight fill the church and illuminate the brightly colored wall paintings of Jesus, her feelings evoked for us by the lyrical soundtrack of “Bring on the Dancing Horses” by Echo and the Bunnymen:

The words of every lie you’ve heard

Then I’m gonna break it till it falls apart

Hating all the faking and shaking while I’m breaking

Of such mystical states, William James says that they appear to those who experience them to be “states of insight into depths of truth unplumbed by the discursive intellect... illuminations, revelations, full of significance and importance,” as well as “ineffable,” incapable of expression in words. (William James. 1902. Varieties of Religious 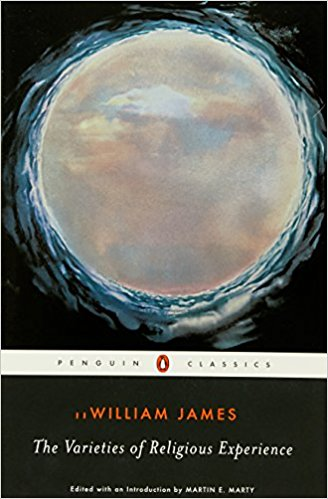 Ineffable though her experience may be, one guesses that Ruth has glimpsed the possibility of a world with more meaning, more joy - and love.  There is a delicate touching of hands, and later, in the glow of the setting sun, Ruth silently rests her head on Tony’s shoulder.

Yeah, yeah, what would Jesus do, right?

It is a glimpse of heaven, but it is not enough for Ruth. Not yet. The world is still too much her home.  “Those fuckers got away”  are the first words out of her mouth the next morning. She may have her property back, but she still wants vengeance. And so, like the flailing rotors of a crashing helicopter, conflict spirals all around.

When the wealthy parent of one of the robbers does not go along with Ruth, she retaliates in a fury, by ripping off a lawn sculpture. And when Tony protests that she has no right to do that, Ruth rejects him too, and mocks: “Yeah, yeah, what would Jesus do, right?” For me, that is the moment Ruth’s moral collapse hits bottom.

After the climactic battle, five people who might not have had to die are dead. Her valiant knight saves Ruth’s life, but then Tony, too, is stabbed almost to death.  Here are the fruits of Wrath and Pride.

In the end I don’t feel at home in this world anymore does not deliver any simple answers about Ruth’s moral journey. There is no hallelujah moment of salvation or redemption.  But there are suggestions. In the closing sequence, Ruth returns to Tony’s church, perhaps to pray for his life. The last scene finds Ruth and Tony in that small-scale paradise of middle-American life, the backyard barbecue. And there is love, which is always good.